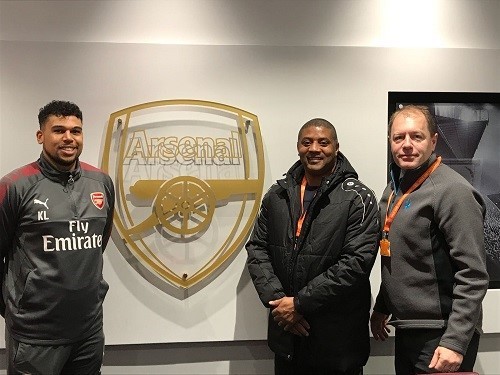 London Colney Colts is delighted to announce that we have become a “Local Link Club” of Arsenal Football Club. Arsenal currently have around seven “Local Link” Clubs at grassroots level, all in the South East. It is their way of building a relationship within the footballing community and is offered to local Clubs who develop players the right way – The Arsenal Way. The “Local Link Club” is one which shares the same footballing values, standards and philosophy as Arsenal FC. By becoming a Local Link Club, Arsenal FC will assist London Colney Colts FC by:

• Sharing coaching knowledge, implemented at Arsenal FC, which is designed to promote the long term development of young footballers

• Providing a certain level of training equipment free of charge at the end of each season.

Becoming a Local Links Club is recognition of our growing reputation in the footballing community. London Colney Colts FC is committed to enhancing the development of our players, who themselves are at the heart of our Club.

As part of our relationship with Arsenal, we welcome them in sending coaching staff to any of our training sessions or scouts to our matches. Arsenal FC is a wonderful organisation who are committed to developing grass roots football and we are both delighted and proud to have received this recognition and invitation. About this staff member